ANTIFA: Their role in modern imperialism

So what is the connection of Antifa with imperialism?

The place is filled with posters about Srebrenica, about the murders of Serbian and Greek Nationalists, in the name of "Macedonia" that is "flooded with the blood of Bosnia" and we are wondering if all these things can have anything to do with the anarchist ideology. Who are those that fill our cities with thousands well-designed and expensive posters (even though their gatherings attract 200-300 people)?

Who are their leaders? Who funds them?
In the end, who is behind them?

Is this ideology related to leftist or anarchist movements?


What we do know is that the Antifa is presenting only one side of the story of Srebrenica. We never heard anything about the tragedy during the occupation of Krajina, nor the mujahedin in Bosnia that were collecting the heads of their Serb-Bosnian enemies, nor the Albanian UCK soldiers that imprisoned Serbian non-combatants and removed their kidneys without anesthesia, killing them, and selling the organs to the black market.

Why is that? Why are they condemning the extremities committed by the Serbs but are silent about the cruelties of the other belligerents of former Yugoslavia? Won't they organize a "protest for their memory"?

One more question that has to be answered by the Antifa kiddies, one that they try to avoid all the time. What was their opinion on the NATO bombardment of Yugoslavia in 1999? Did the same people - either in organizations or as individuals - participated in protests all over Greece or were they staying at home? Or perhaps the image of Albanians holding UCK and American flags in our capital, chanting slogans in favor of the bombings was something that aroused them? Really, has any Antifa march ever ended in front of the American embassy?

We have more questions to pose: 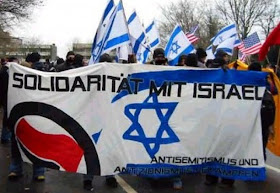 Is this just a coincidence? Can we say the same about the consensus with the "patriarch" of neoliberalism in our country, Andreas Andrianopoulos?

And for what reason did the "Left Liberal Synthesis" blog advertised the anti-Serbian Antifa march on October 18th, congratulating them on their fast reflexes?
What is the connection between neoliberalism and the supposed social warriors that fight against all forms of oppression? Why is the Antifa bent on demonizing the enemies of the USA, the Serbians?

No more needs to be said... 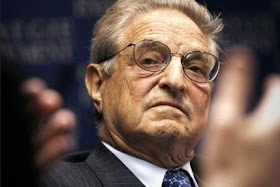 What we have to say is this:

Antifa is a political current that aims -according to their supporters- to fight fascism and racism. Its cradle is postwar Germany, where it was created to defend the interests of the USA, Britain and Israel. Very similar to Antifa are "NGOs" that were funded by the West to mobilize on Eastern Europe.
In Greece there are some Antifa crews (gangs if you will) that pretend to be ideological cops bullying whomever dares to resist them. They don't have 100% same opinions, but there are some persistent mutual characteristics:

-They are enemies of the Nation-States and supporters of the multicultural and multiracial societies.
-They are the defenders of the EU and of anything "politically correct", always siding with the "civilized" western world against the "evil" Russians and Serbians, the "terrorist" Iranians and Palestinians.
-They are accusing anyone that loves his nations of "fascism", as if loving your People is a blasphemy.
-They believe in the global universality of the "European values" and try to impose them all over the world like a new form of political and ideological colonization.
-They support and justify the use of violence by Zionist and imperialist forces, aiming to collectively punish politically incorrect Peoples (e.g. the "good" bombardment of Serbia in 1999)
-They defend the Jews everywhere and even the state of Israel, in order to fight "antisemitism".
-They support certain nationalists (blacks, Albanians, Muslim Bosnians) and condemn the rest (whites, Greeks, Serbians, Russians, European etc.)
-They openly side with the enemies of Hellenism and have an antisocial attitude, just to provoke.
-They hate their Race and their society.
-They are individualists and feel pleasure when they provoke the public.
-They support the USA and imperialism all over the world.

So the Antifa are neither rebels nor anarchists. This fad maybe was born from a mutation of the anarchist ideology, but they are using their symbols and rhetoric just to confuse us. We are dealing with Zionist agents that distort the truth and corrupt the minds of our uninformed compatriots, making them adopt ideas they themselves have created. They are the lackeys of the imperialists!

Hail the struggle of the Peoples for National Independence!

Hail the international resistance to Zionism and Imperialism! 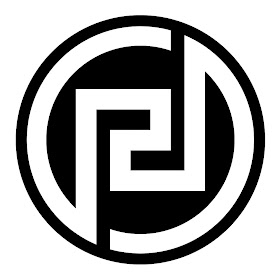